Let's
stick
together
We will be glad to advise you!👋
Please feel free to leave us your contact details. We will send you an appointment proposal.
Powered by pechschwarz Media

Langguth GmbH –
Your specialist for labelling machines since 1932

Certified engineering for our labelling machines

Our engineers are continuously improving their qualifications in order to be able to meet the challenges of the future in the best possible way. These efforts for continuous knowledge increase have now been certified in the field of machine electronics by EPLAN, one of the leading manufacturers of software solutions in the sector of mechanical and plant engineering.

With trainings like this, our processes and products are continuously optimized and adapted to the current and future requirements of our customers. 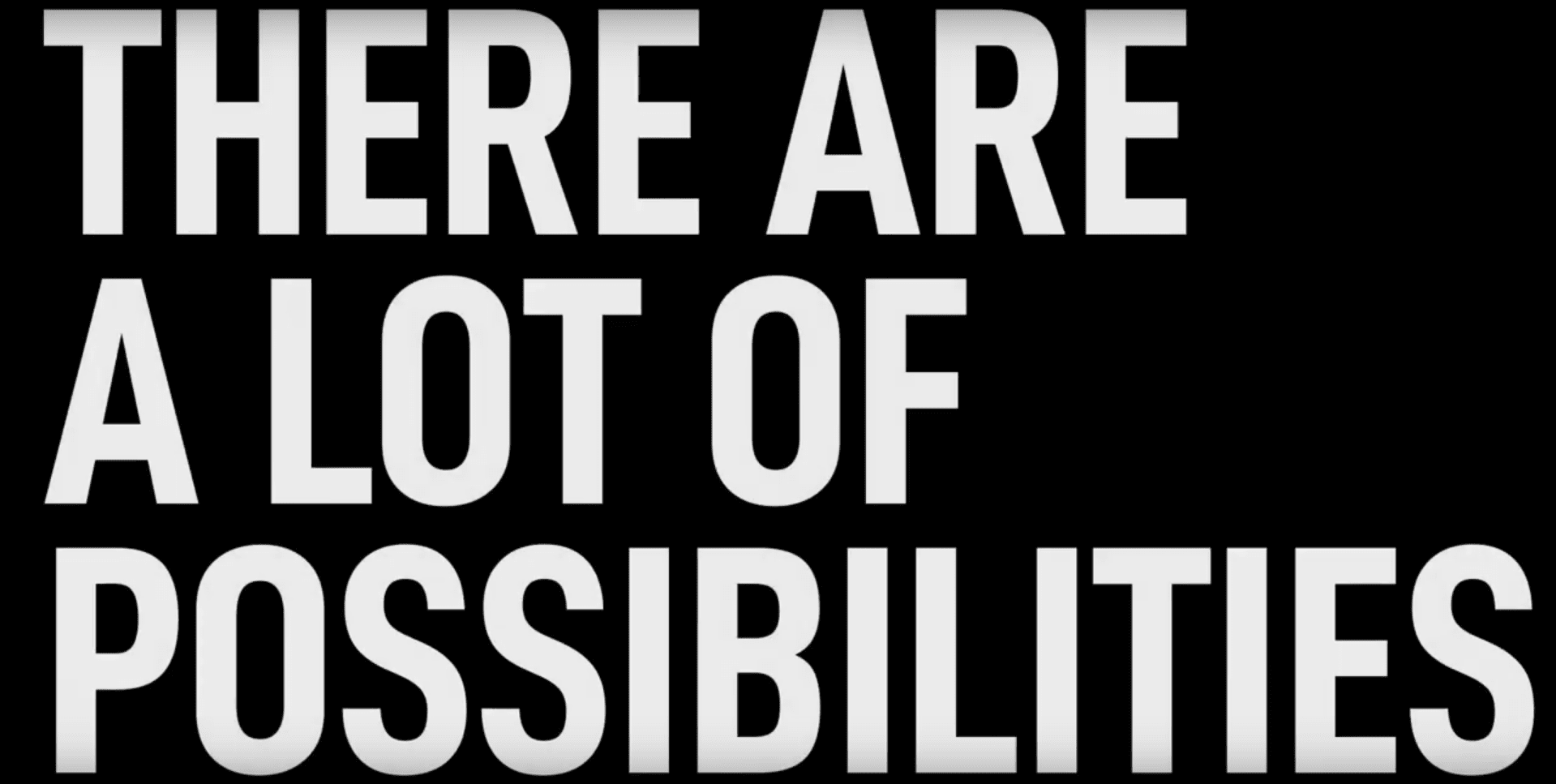 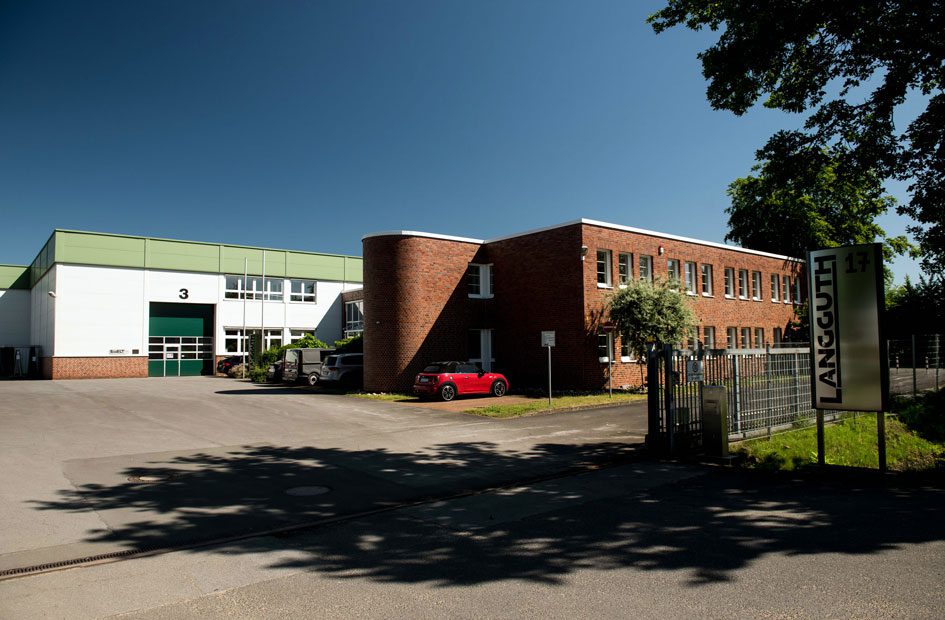 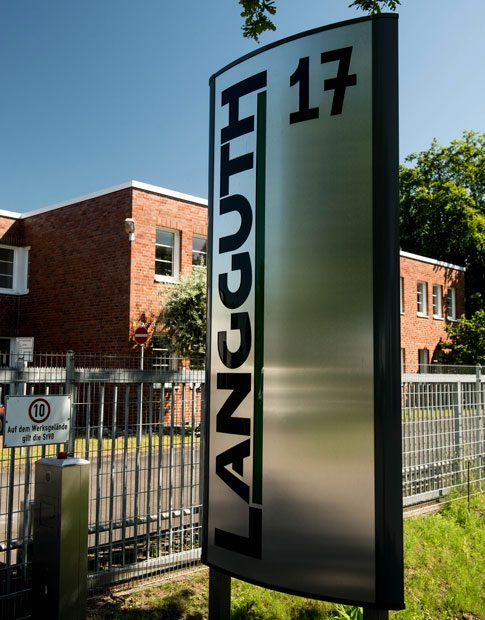 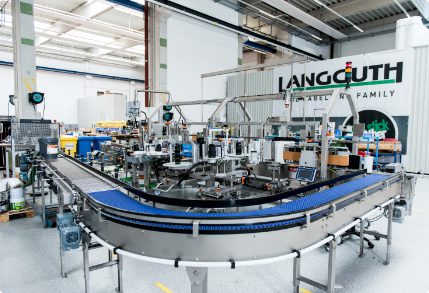 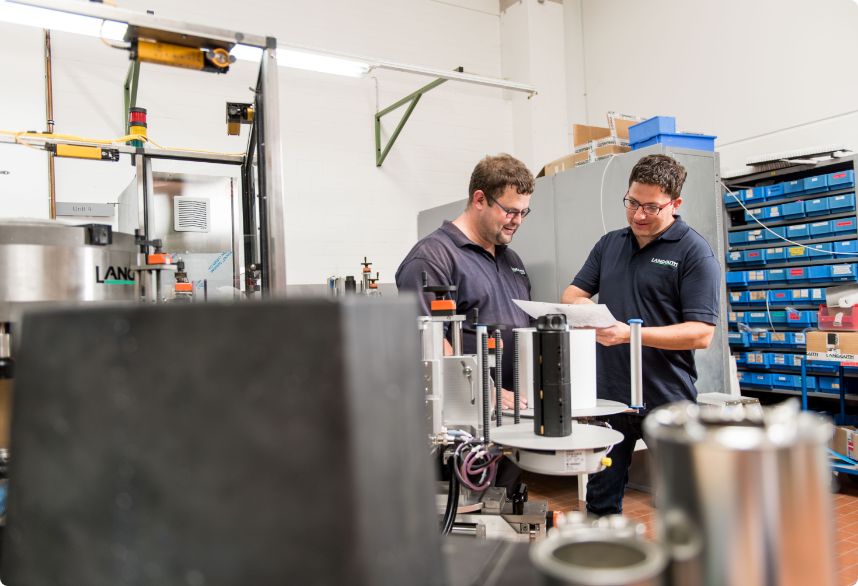 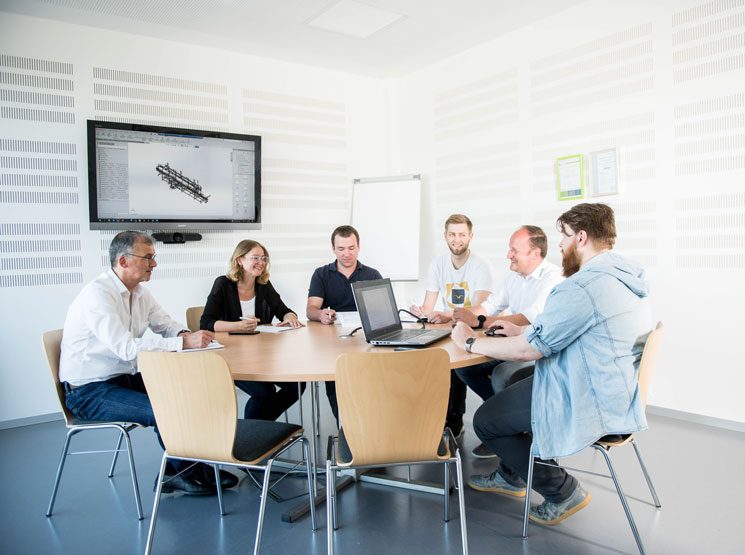 We, that is more than 150 experts in Europe and on the American continent.

1932
LANGGUTH is founded by mechanical engineer Albin Langguth. Type of business: any kind of repairs (machines in breweries, dairies, laundries, filling machines, etc.) and the construction of new machines.
1945
The company has been bombed out three times during the war. In March 1945 the company ceases to exist. However, knowledge and know-how remains as well as the ambition to revive the success before the war.
1962
As the premises located on the street Dahlweg become too small for the revived company the family buys a 5.000 m2 plot from the city of Muenster situated in the street Daimlerweg.
1962
Ferdinand Langguth becomes general manager.
1970
LANGGUTH manufactures the first fully automatic labelling machine “Unomatic” with a maximum capacity of 7.000 labellings/hour.
80-er
LANGGUTH develops a high performance labelling machine based on hotmelt labelling technology. This machine has a significant lower glue consumption compared to earlier manufactured machines and is able to label 1000 cans per minute.
1992
LANGGUTH expands its activities on a worldwide level and requires more space in order to meet the increasing demand. In February 1992 the whole company moves to a 15.000 m2 site located in Senden-Bösensell.
1994
After the death of Ferdinand Langguth his children Irene and Hilmar Langguth become owner of the company. The achievements in research and development are profitable: LANGGUTH includes pail destackers, pail closing machines and hotmelt rotary machines in its production programme.
90-er
LANGGUTH develops a labelling machine for self-adhesive labels to face the new requirements of the market.
2000
Considering customers’ requirements as well as the inventive talent of LANGGUTH’s engineers new innovations are generated. Labelling machines for self-adhesive labels, pail destackers and pail clothing machines basically used in the paint and varnish industry extend the range of products.
2007
LANGGUTH develops a rotary labeller using servo technology. This invention allows a flexible application of wet glue, hotmelt or self-adhesive labels.
2008
LANGGUTH expands its worldwide activities furthermore and founds a company in Canada to improve the quality of consulting und service in North America.
2011
Hilmar Langguth dies in a tragic accident.
2012
Irene Langguth becomes the sole owner of the company.
2012
LANGGUTH celebrates its 80-year company anniversary with an Oktoberfest where colleagues and former employees of several generations meet customers and business partners from all over the world.
2012
Thorsten Langguth, the son of Irene Langguth, becomes co-partner of the company.
2014
LANGGUTH founds another company in France to build up its own channel of distribution and service with French employees.
2015
Klaus Pekruhl and Peter Tschoepe manage the operative business of LANGGUTH together.
2018
Inauguration of our new production hall, which doubled our production capacity.
2020
Klaus Pekruhl retires. Peter Tschoepe is from now on solely responsible for the operative business.

You have questions or want to start an inquiry?

Then do not hesitate to contact us. Together we will look at your request and advise you gladly.